IN FEAR - REVIEWED BY VINCE ROBERTS 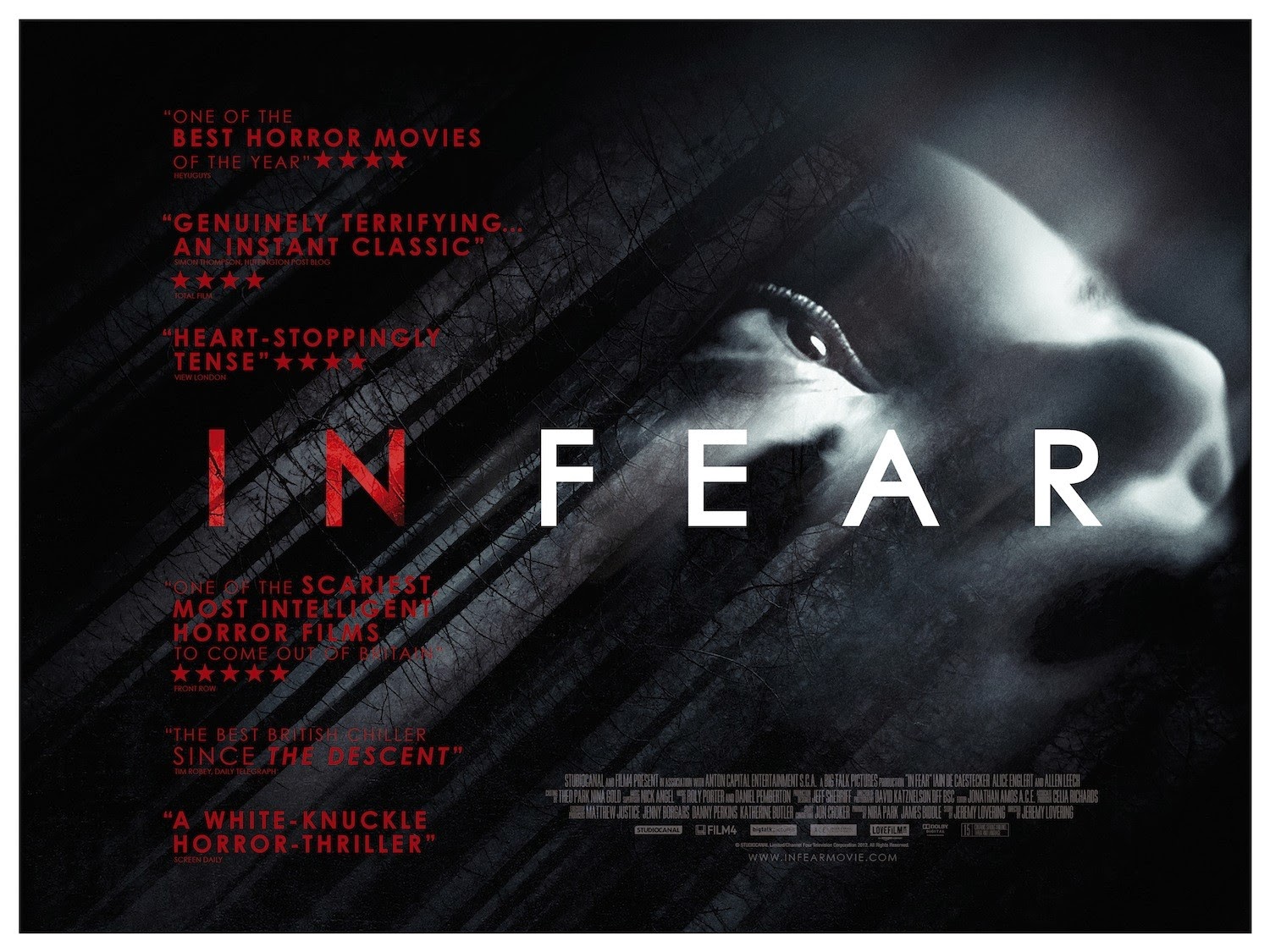 "Driving, lost and tormented in the night, primal fears of the dark and the unknown give way to fear that you have let the evil in, or that it is already there."

Hello Folks,
Jonny T here handing over reviewing duties  today to my good friend Vince Roberts! He has been threating to review something for a while now and he finally has done it! He will also be doing some more bits soon for Jonnyscultfilms, not only reviews but some real goodies in store (Not Bill Oddy!) So many thanks to Vince and I’ll let you get on and enjoy his review,
Take it away Vince!

From first time director Jeremy Lovering this is a bold tour De force of a movie, spoiled only by a weak ending, more of which in a bit..the Premise is the kind that leads you on to think ' how the fuck are they going to end this?' using a script shot in sequence, a technique pioneered by Ken Loach no less, and with the 2 main leads having no idea of what was going to happen next,' In fear' manages to mainly surpass the strength of its parts ( Night of the Demon, The Hitcher, Straw Dogs Hammer House of Horror etc) and at times become something truly remarkable.
set in  the dark backwoods of Ireland somewhere (actually Devon & Cornwall)..Tom (played convincingly as a bit of a cock by Iain De Caestecker ) persuades the gullible Lucy (Alice Englert) to accompany him on a trip to a music festival, after a strange & unsettling stop at a local pub, where Lucy is spied on whilst taking a crap, and apparently Tom gets in to an argument with the locals over a spilled pint, this takes place off camera, which is pretty unsettling from the start as you've no idea if Tom is making it up to scare Lucy or something actually did happen. Eventually, after Tom promises Lucy a nice night in a hotel somewhere in the woods, the couple find themselves being drawn into a nightmare world of dark country roads and fading daylight, and that awful feeling of driving around in circles (which is pretty common for anyone on a day trip or holiday to a place they have never been before).

The panic & paranoia mounts as they hurtle down dead ends of creepy  roads with glimpses of silhouettes and bizarre scarecrows (lifted straight from the Hammer House of Horror Episode 2 Faces of Evil) as the bushes & trees close in (Reminiscent of Jacques Tourneur's opening scene from Night of the Demon) you feel yourself sympathising with the characters and thinking how horrible & frightening it would be to find yourself in such a predicament, the throbbing unsettling score by Roly Porter and Daniel Pemberton creates some real tension, and the moment Allen Leech (Downton Abbey no less!) makes his sinister appearance things really take a turn for the worse. 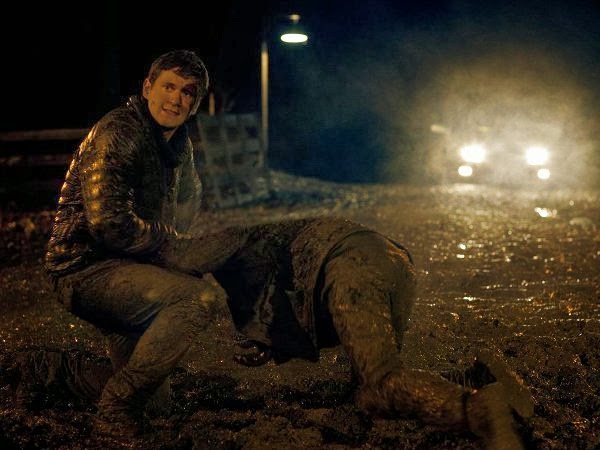 As I said earlier the ending is poor, but to set up a premise like this you're on to a bit of a loser from the start, there can really be no ending that will please everyone and the story may have worked better as part of a portmanteau ,  whilst watching I kept thinking 'is it a dream',  is Tom the villain?, is Lucy imagining the whole thing?..the scene where she finally finds the Hotel is superb, a fantastically realised graveyard of abandoned cars in the grounds of what seems to be a derelict mansion,  leading us to believe yes - the nasty villain has done this to other people before, judging by the amount of wrecked  cars belief was stretched a bit too far to think all those people could go missing with no inquiries or investigation, if indeed that's what the scene represented. As with many of the themes you're left to decide yourself, the whole thing about them going to a 'Festival' was strange as no other cars were on the road, no one else going to this festival?..and the scene in the pub you never see also adds to the frightening dream like paranoia. 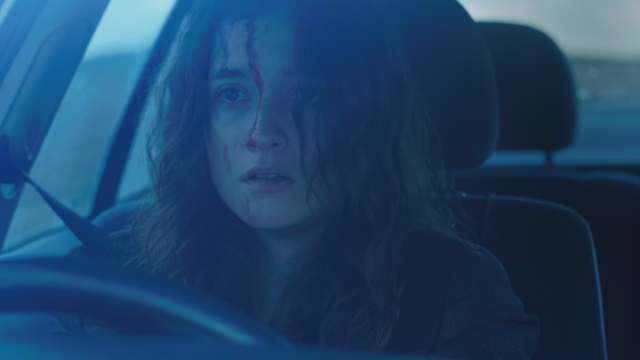 Lovering's direction is first class, lots of close ups that really push the claustrophobia & panic in the car to unsettling levels.  Looks like we are on to a great Brit Horror revival at the moment with Ben Wheatley also doing great work within the genre, and all on minuscule budgets.

If you want a real night of terror fuck the big Hollywood remakes - settle  on the sofa, turn out the lights and put on 'in fear'..you wont regret it!.
7/10. VINCE ROBERTS.

Posted by Jonnyscultfilms at 05:03 No comments: