Hello Folks,
Jonny T here with the trailer for this year’s MAYHEM festival and I do have to say it looks awesome!

This year’s very special guest is non-other than legendary director Nicholas Roeg and also in addition to his attendance MAYHEM will be showing his new movie  Puffball  as well as his classic film don’t look now, This is being shown not  at the festival venue but the brilliant setting of Saint Marys Church. Along with many other great showings, a really great ecliptic mix again this year makes MAYHEM one of the UK’s premier horror festivals and I personally cannot wait. The tickets as well as great value “Early bird passes” for the whole festival are also on sale now, I have stuck the link below so you get them whilst you can!

I shall over the coming weeks be previewing all the movies that will showing at MAYHEM. You may not recognise the titles but for me personally that’s the great as was the case last year, with films such as Sightseers, The Casebook of Eddie Brewer and the hilariously surreal Dead Sushi,3 of my personal favourites from last year that I had never heard of, So click “Play” enjoy the trailer and get those tickets booked!
Jonny T. 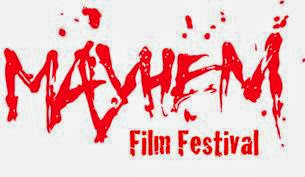 MAYHEM LINK FOR ALL YOUR NEEDS

Posted by Jonnyscultfilms at 04:45 No comments: 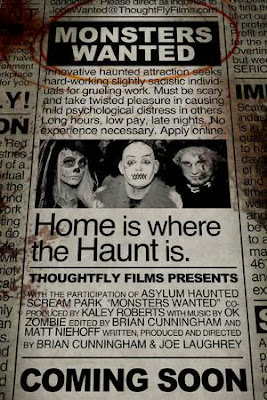 Monsters Wanted tells the story of Rich and Janel and their struggles to realise their dream of opening a scream park, Now it is similar intone to the great documentary The American Scream but  their dream is on a way much larger scale.
The film opens with the excitement and Buzz of the Halloween season approaching and it’s all smiles and laughs as we see them going through some people for auditions to work at the scream park, some of them are good, some bad and some genuinely creepy even without the make up! One guy particularly so, he likes to scream at children until they cry and uses a real chainsaw as part of his act, a real fruit loop!
The preparations continue and just spiral way out of control, life’s savings are put in and they slowly dwindle, Deadlines aren't met, Props don’t arrive or fail to work, there are fights a plenty to say the very least the smiles and laughter soon disappear. 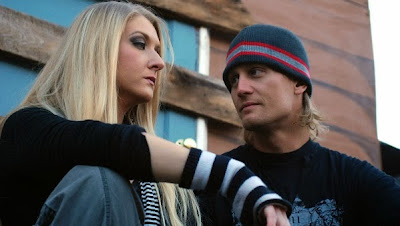 Rich And Janel, Too much Coffee?

The one that seems the most affected by all this is Janel, she often is seen just sitting there staring into space and talking about how “all the money has gone” This mood comes not just for her but for Rich as well the fact of sleep deprivation, he says he probably is getting 2 hours sleep a day at the very most and we see Janel doing her very best to keep awake even by downing coffee straight  from the jar!
It has to be said that most of the people involved on the project are extremely talented from the make up artists to the FX people, the lighting people to name but a few.
Along the way we get to see them attend some fantastic looking Halloween prop sales conventions with some fantastic props as well as them building up the ideas they have. Now I really do have to admire people like these, basically living the dream even if it is temporarily interrupted by nightmares, I won’t spoil anything by saying whether the succeed or fail but needless to say it’s pretty much gripping from the outset.
So in summing up this is in my opinion a great companion piece to The American Scream and with the Halloween season approaching and the dark nights closing in this is a great way to spend an evening, but beware that guy with the chainsaw, imagine if he was your neighbour!!!!
8/10
Jonny T. 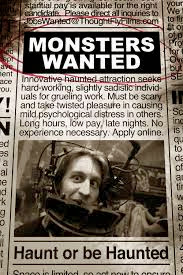 Posted by Jonnyscultfilms at 01:16 No comments: 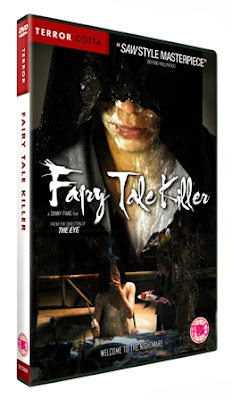 Inspector Wong arrests a seemingly disturbed man who has confessed to a brutal murder reminiscent of a children’s fable. After the supposed victim turns up alive and unharmed, the perpetrator is dismissed as a crank and let free. Days later, the victim turns up dead with his stomach cut open and stuffed with rocks. Wong realises he has let a dangerous killer go free and becomes obsessed with tracking him down whilst covering up his mistake. While Wong’s family life is neglected, more and more grizzly and bloody murders are committed laying reference to Cinderella, The Red Shoes and Hansel & Gretel.

Filmmakers:
Danny and Oxide Pang are screenwriters and film directors from Hong Kong. They frequently work in the Thai film industry, where they made their directorial debut as a team, ‘BANGKOK DANGEROUS’ (which was remade with Nicholas Cage) and their international hit ‘THE EYE’ has spawned a franchise, as well as Hollywood and Hindi remakes.

Psycho-thriller FAIRY TALE KILLER is written and directed by Danny Pang, in collaboration with Thai director of photography Decha Srimantra (THE EYE, CHOCOLATE).

Posted by Jonnyscultfilms at 03:12 No comments: 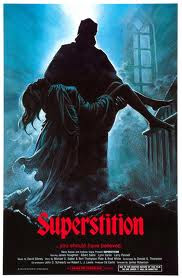 Hello Folks,
Jonny T here with "Have a film on me Friday" This week i bring you (well YouTube does!) Superstition from 1982, A creepy little movie with some great death scenes I remember seeing with my dad way back on the VTC video label, So click play and enjoy,Have a great weekend!
Jonny T

"A witch put to death in 1692 swears vengeance on her persecutors and returns to the present day to punish their descendants."

Posted by Jonnyscultfilms at 04:43 No comments: 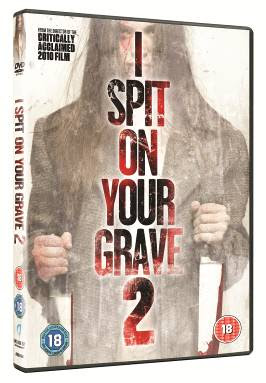 FROM THE DIRECTOR OF THE CRITICALLY ACCLAIMED 2010 FILM

Fresh after its World Premiere at this year’s FILM4 FRIGHTFEST, Anchor Bay UK have announced that I SPIT ON YOUR GRAVE 2 will be released on DVD & Blu-ray 7th October 2013

The highly anticipated horror sequel stars promising British newcomer Jemma Dallender (Community), who takes on the lead role, following in the footsteps of Camille Keaton, star of the 1978 original, and Sarah Butler in I Spit on Your Grave 2010.

Once again, Steven R. Monroe returns to the director’s chair for the sequel based on a script from SAW IV writer Thomas Fenton and the co-writer of the 2010 film Neil Elman.   Co-Stars Joe Absolom (Long Time Dead) and Mary Stockley round out the cast . 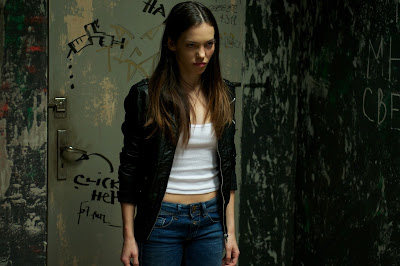 Synopsis:
Katie (a no-holds-barred performance by Jemma Dallender) has dreams of becoming a model in New York City. Unfortunately, the photos that worked in her small mid-western town aren’t cutting it in the Big Apple. Broke, and in desperate need to update her book, Katie calls a number from a tear-off flyer offering free photos. But this innocent attempt to update her portfolio quickly turns into an unthinkable kidnapping nightmare where she’s ripped away from everyone and everything she knows. Beaten, battered, bruised, and left for dead, she miraculously survives to unleash a brand of brutal female driven vengeance that has come to define the franchise. 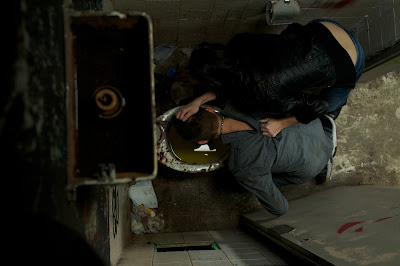 Meir Zarchi’s original became one of the most controversial films of all time and its 2010 remake became a critical and box office success. I SPIT ON YOUR GRAVE 2 is certain to propel the franchise to new levels of fear. 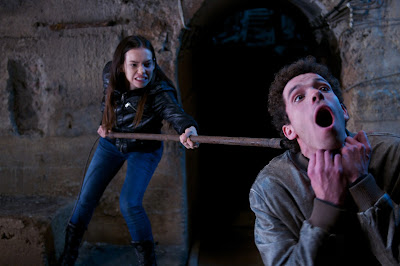 Posted by Jonnyscultfilms at 06:44 No comments: