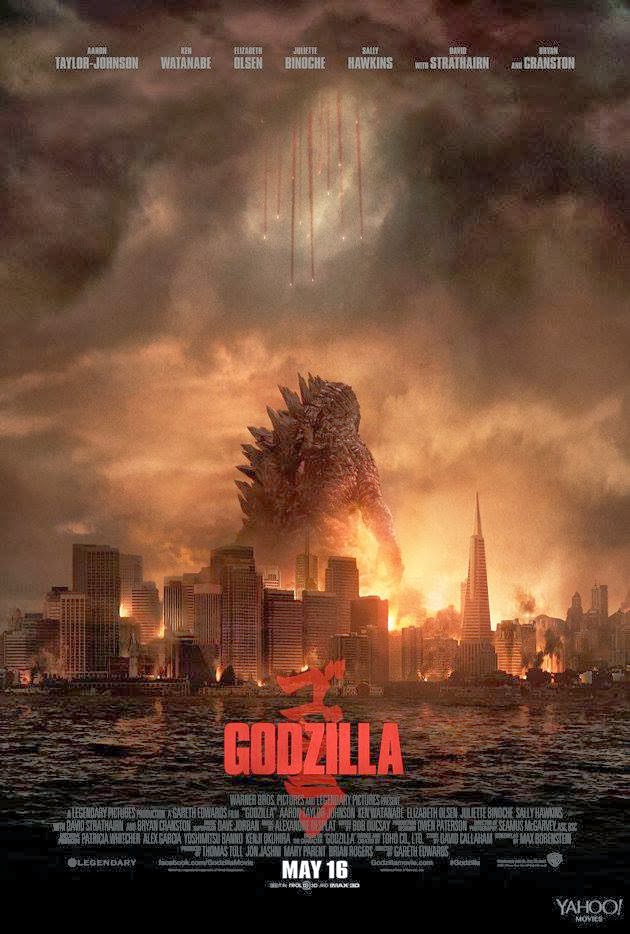 After a few months anxious wait the full trailer for this years epic monster movie GODZILLA! As you may or may not know i am a massive Godzilla fan and cannot wait to see it, Surely it has to better than Hollywood's last Attempt? An interesting twist from the original is that Godzilla seems not to be created from nuclear tests but the test weren't actually tests Godzilla was already here and those bomb's were sent to try and kill him or her whatever your take on Godzilla is!
Also there are rumours that Godzilla will not be the only monster, roll on May 16th!
Enjoy,
Jonny T.

Posted by Jonnyscultfilms at 04:25 2 comments:

THE LADY ASSASSIN on DVD out March 10th 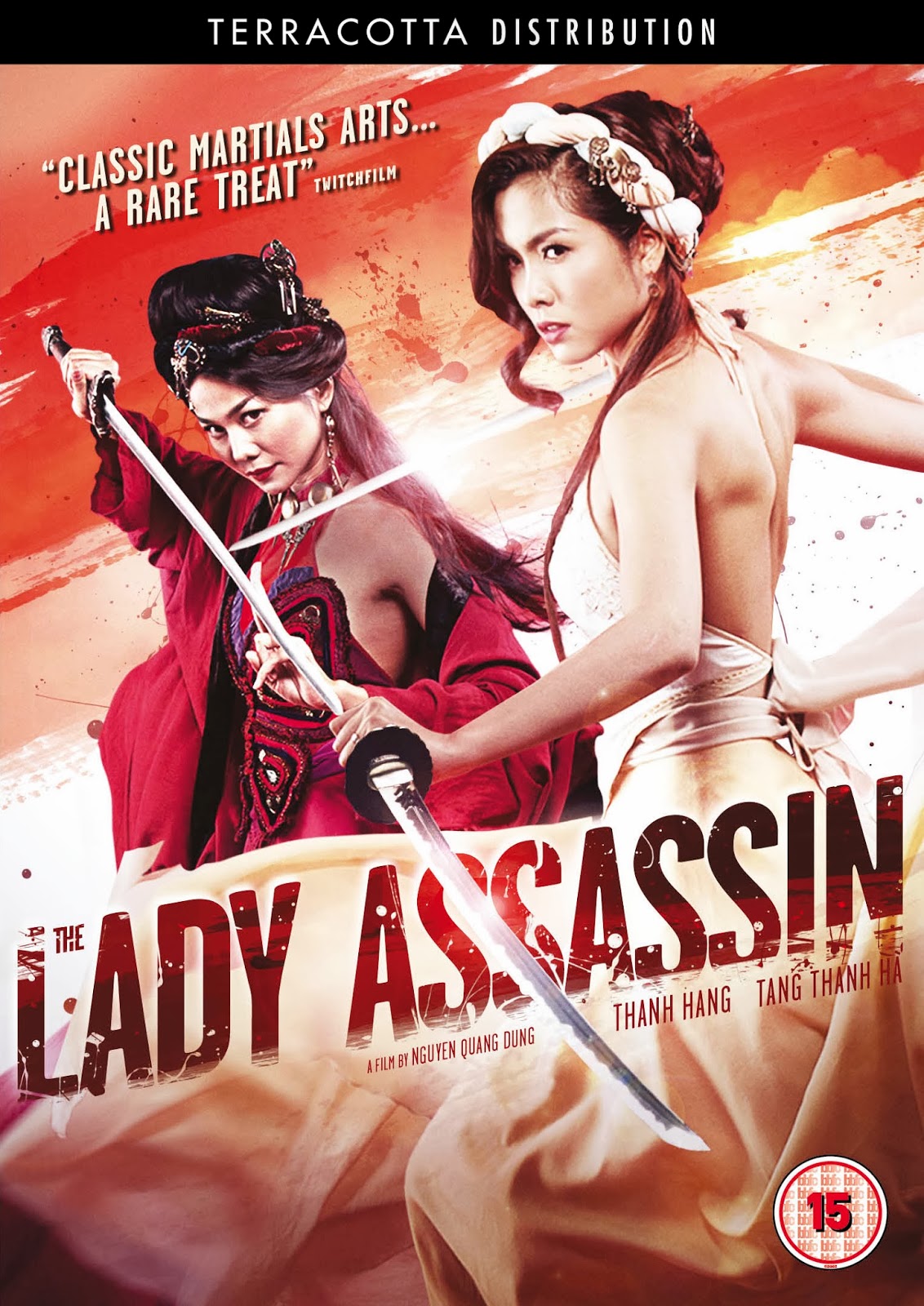 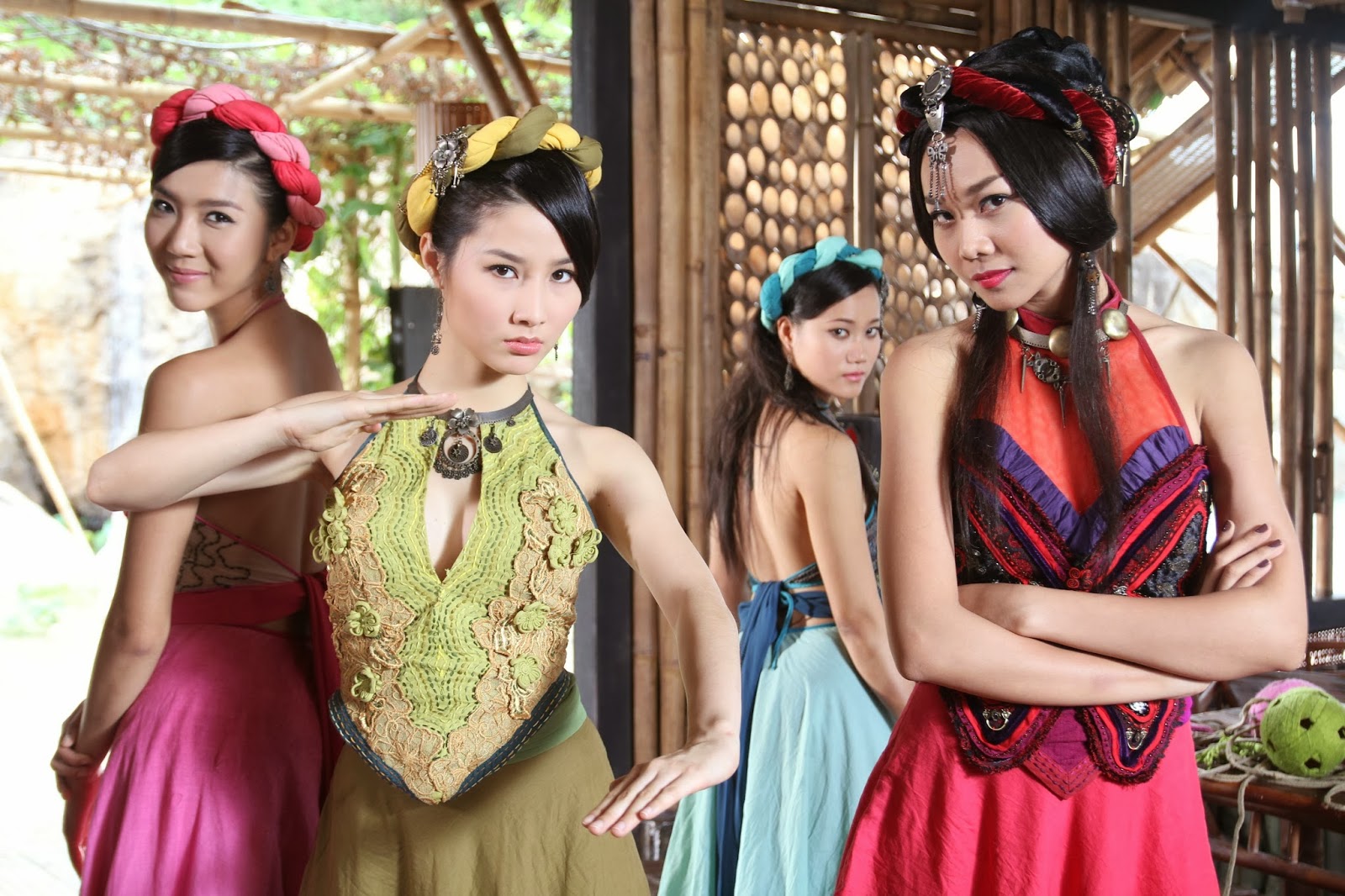 Feisty women with dark secrets, evil outlaws, corrupt officials and a healthy dose of martial arts action come together to help create the biggest ever box office hit in Vietnam.

Harking back to the golden era of the Shaw Brothers martial arts films from Hong Kong, NGUYEN Quang Dung offers slick direction of his beautiful female cast, making great use of cutting edge technology to ramp up the action set pieces.

Synopsis:
A sexy, action packed martial-arts fantasy set in a traveller’s tavern whose owner, with the help of her team of lethal waitresses, routinely slaughter the corrupt government officials & businessmen who visit.
When an innocent young woman (TANG Thanh Ha), whose family has been killed by an evil general, arrives at the seaside tavern, they train her to become a skilled assassin so that she can take bloody revenge for her family. 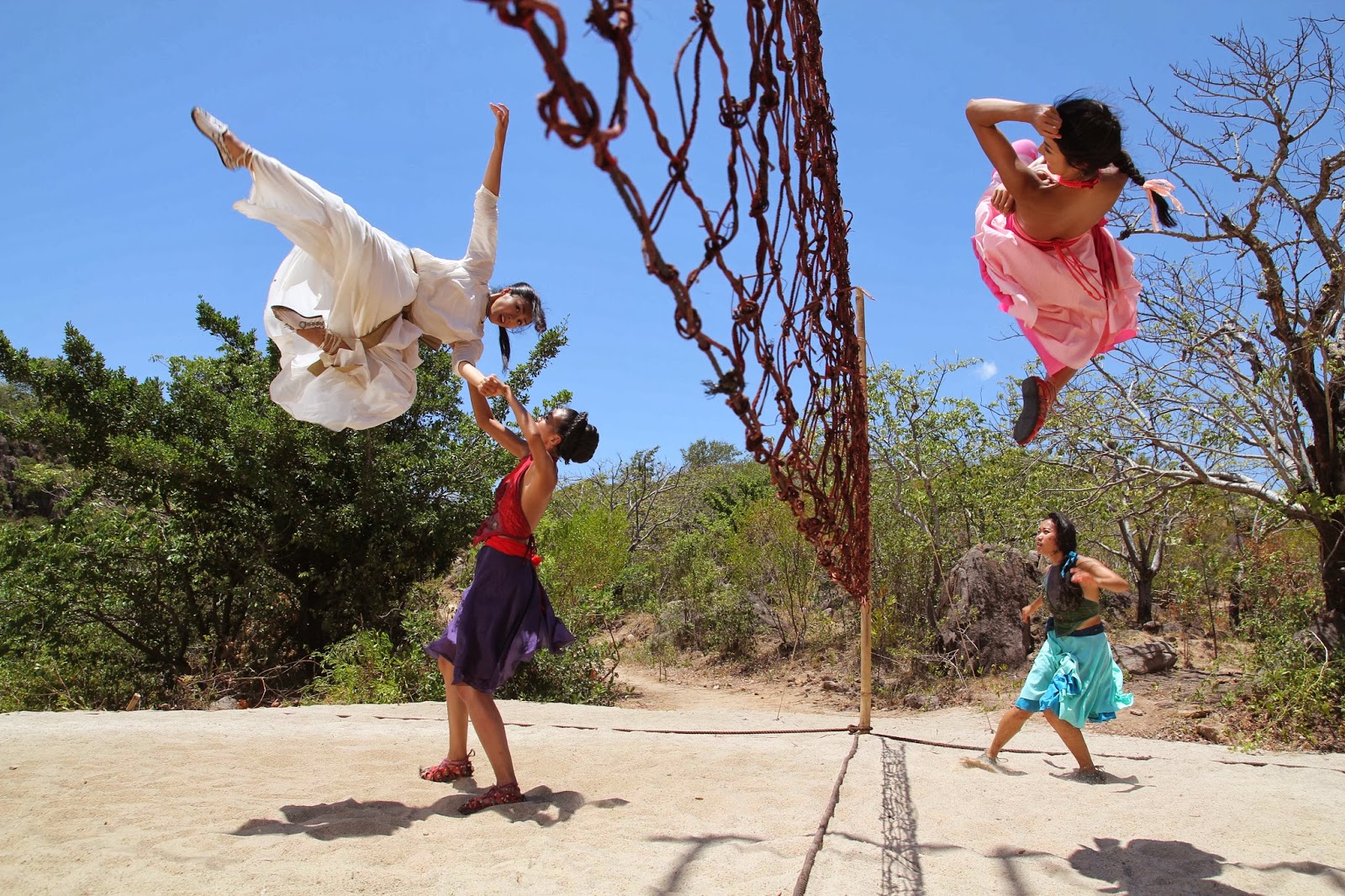 Posted by Jonnyscultfilms at 04:35 No comments:

Is pleased to announce the DVD release of 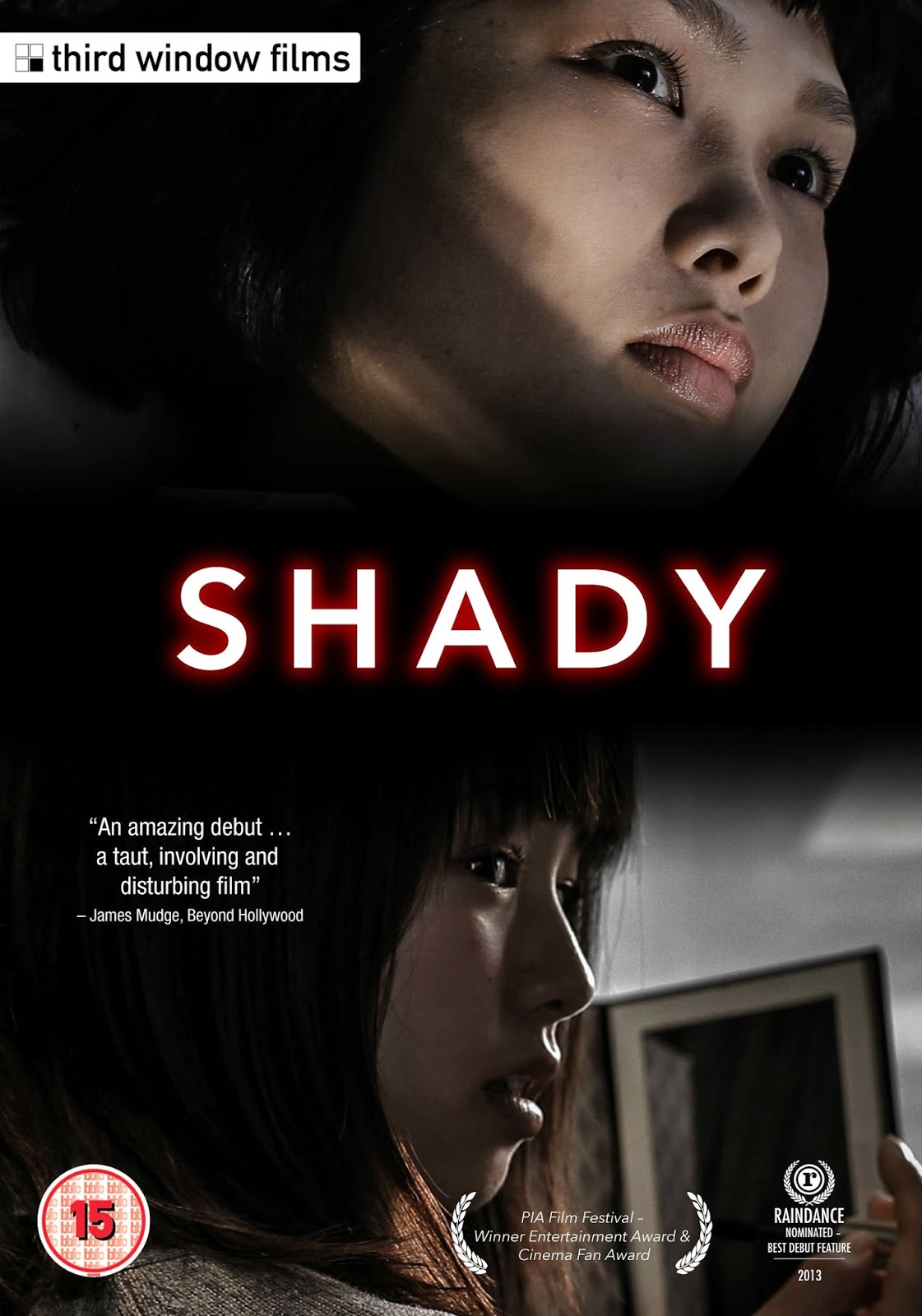 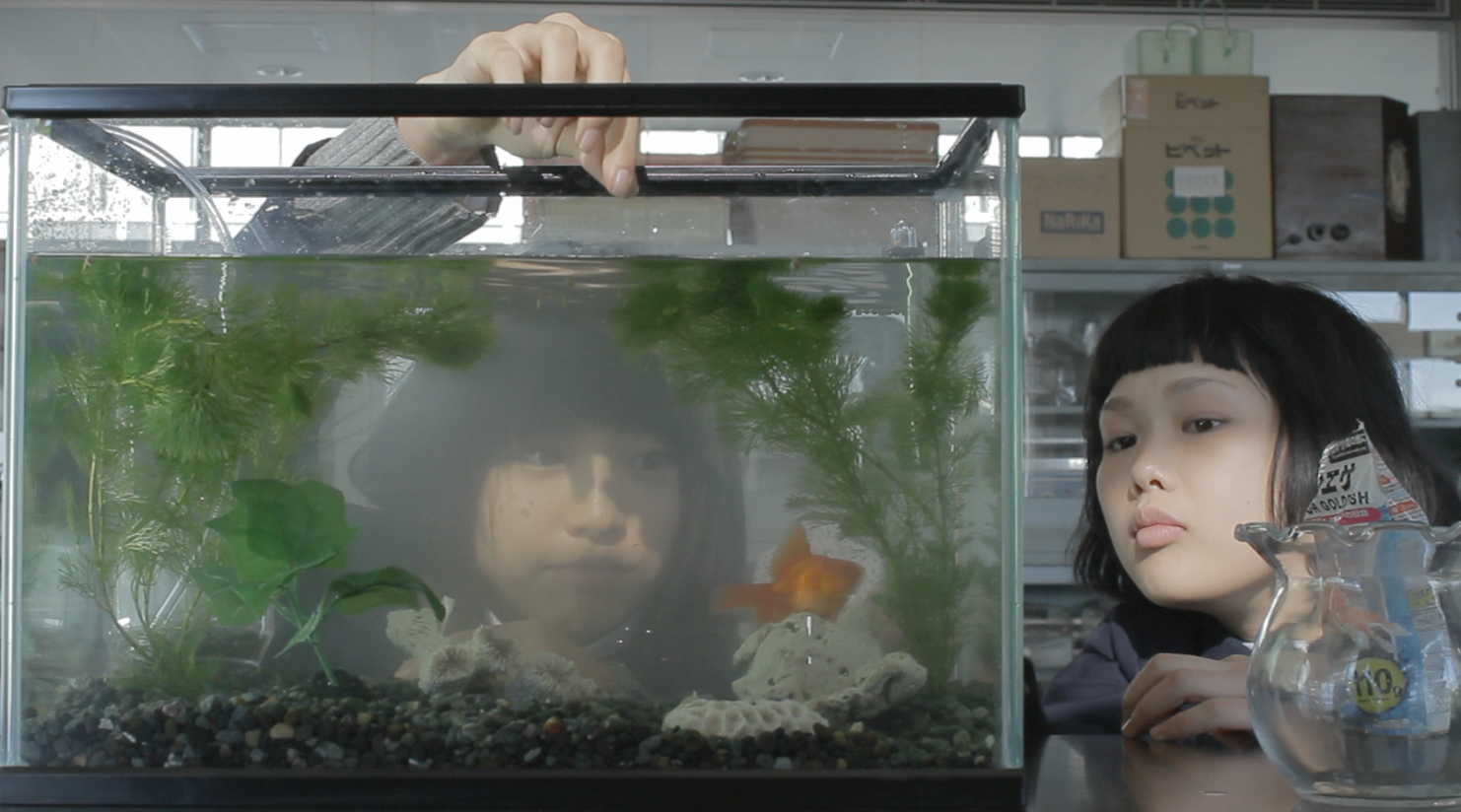 Synopsis
Ryohei Watanabe’s debut film concerns two teenage girls and their friendships. The first friend is Misa, a stocky girl who is viciously dubbed Pooh at school, due to her surname “Kumada” (bear + rice paddy) and masculine frame. The other friend is Izumi, who says she can’t make and keep friends because all the other girls are jealous of her looks. Together, the two become best of friends owed to them both being such firm outsiders. Their blossoming friendship starts off as endearing and as the two spend more and more time together the sheen of the relationship peels away. When the darkness and violence eventually bleed into the mix, that authenticity turns what could just be another tale of teenage friendship gone awry, into a genuinely disturbing thriller.

“Shady is the work of a seriously talented emerging filmmaker. It won’t be long before Watanabe is being compared to Kiyoshi Kurosawa” – Rob Simpson, The Geek Show The Story of Yonosuke Blu-ray & DVD out April 14th 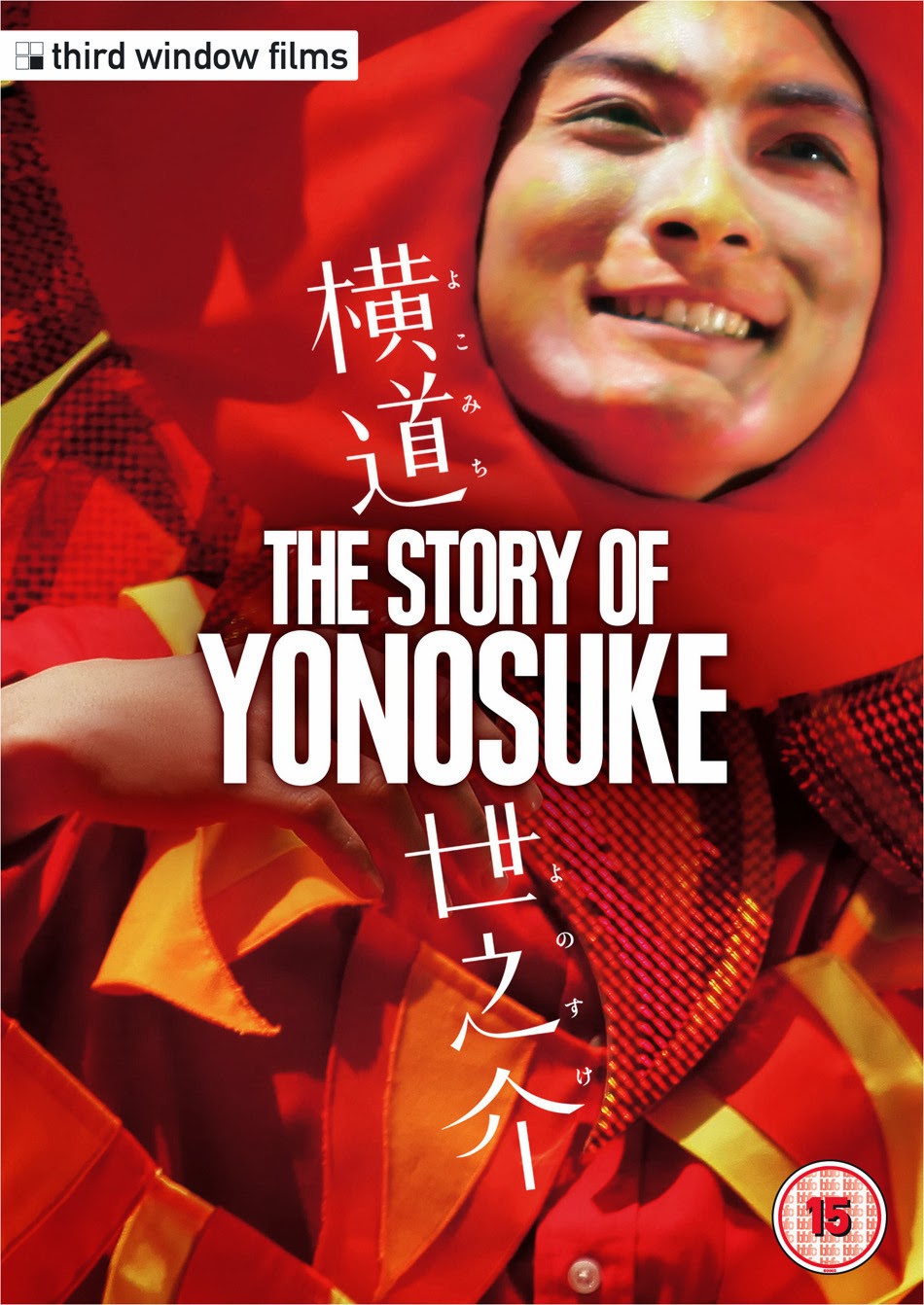 Is pleased to announce the Blu-Ray & DVD re-release of

The Story of Yonosuke

A film by Shuichi Okita (The Woodsman & the Rain)
Based on a novel by Shuichi Yoshida (Villain, Parade) 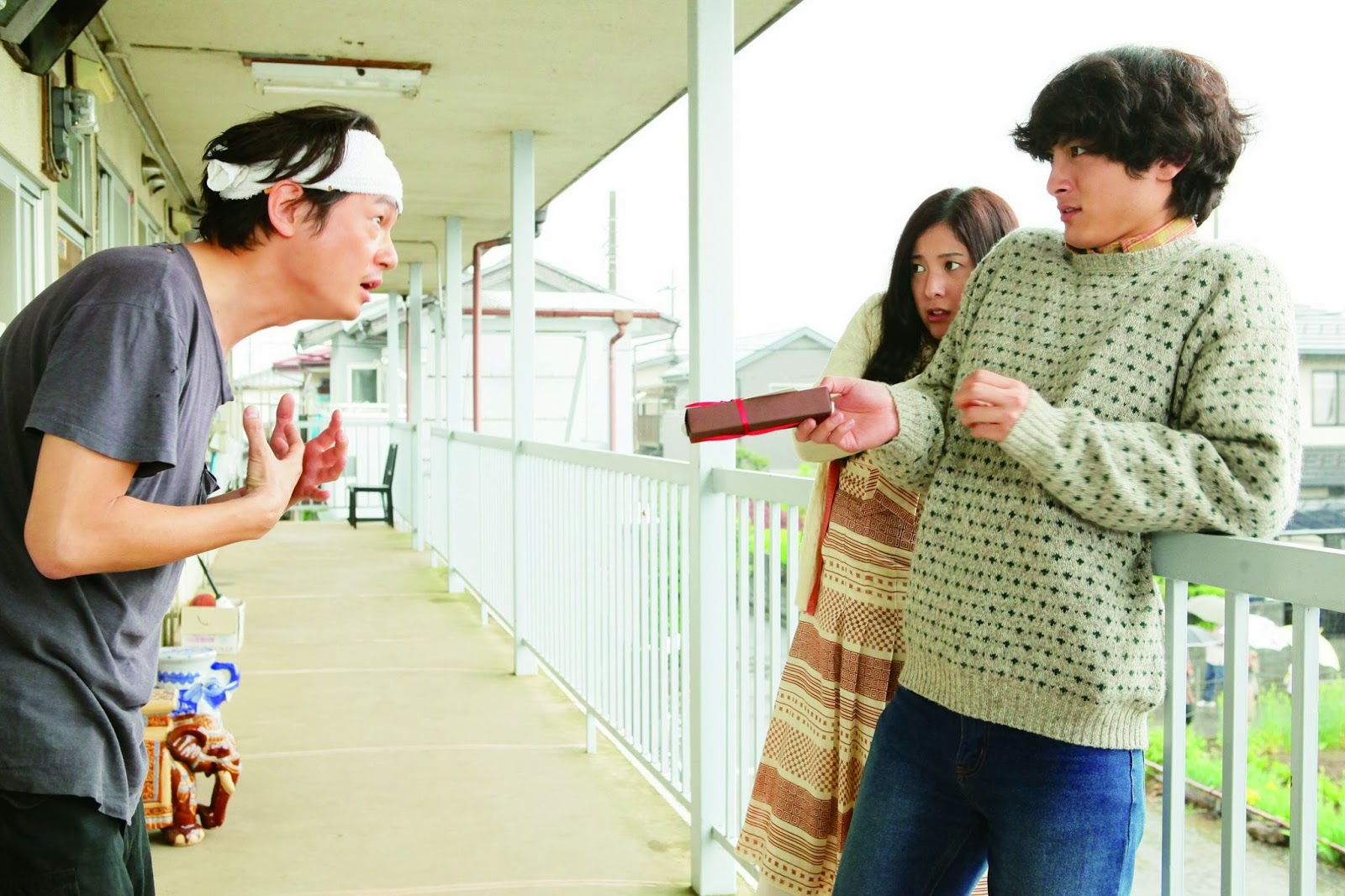 Based on a novel by multi-award-winning author Shuichi Yoshida (Villain, Parade), this bittersweet film is the latest offering from the director of The Woodsman & the Rain and stars Kengo Kora (Norwegian Wood, Fish Story) & Yuriko Yoshitaka (Gantz, Robo-G).

Yonosuke is a typical Japanese on-screen hero: socially awkward, childish and naive, but always cheerful and charming. We meet him when he moves from Nagasaki to Tokyo in the late eighties at the height of the city’s economic boom. Despite his odd character he manages to make new friends at university, joins a samba class and falls in love with an older woman. Sixteen years later his friends are all reminiscing over their college days, thinking back on how Yonosuke changed their lives. A heart-warming, crowd-pleasing comedy that takes a sudden dramatic turn.

Born in 1977, Shuichi Okita studied film at the Nihon University’s College of Art. His short film, “Pots and Friends” (2002), won the Grand Prize at the Mito Short Film Festival. His first feature, “The Wonderful World”, was released in 2006. After writing and directing for TV, he directed his second feature, “The Chef of the South Polar” (2009), which enjoyed a long theatrical run in Japan and earned him acclaim overseas. His most recent work, “The Woodsman and the Rain” (2011) – a lighthearted look at the team effort behind filmmaking – was awarded the Special Jury Prize at the 2011 Tokyo International Film Festival.

Posted by Jonnyscultfilms at 05:02 No comments:

The Sacrament - Trailer and Poster Released 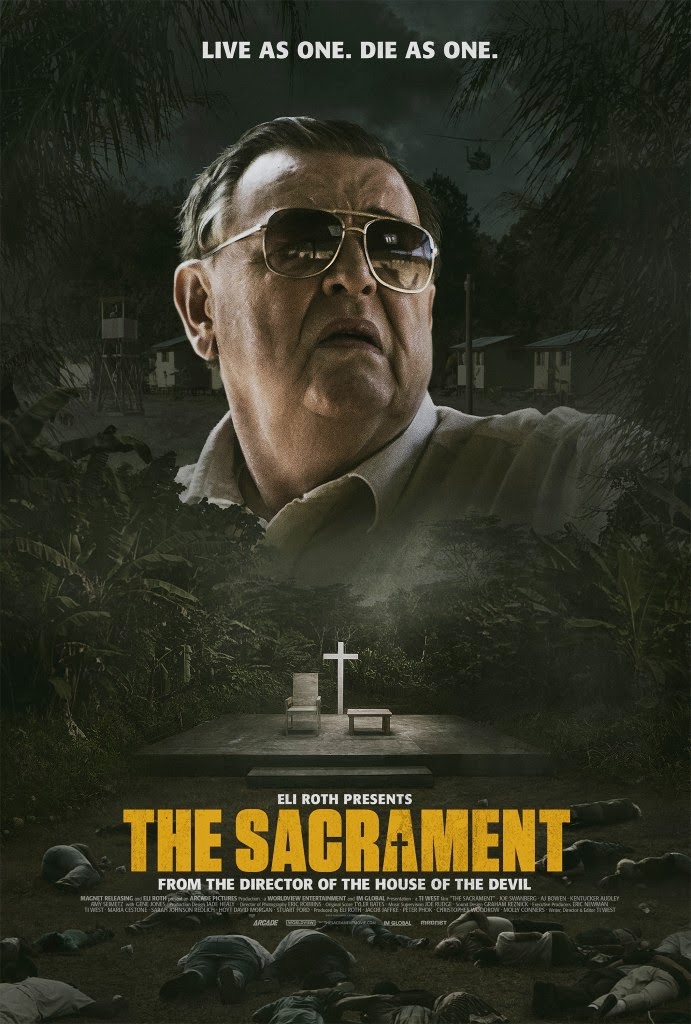 Eli Roth presents another film this time Ti West, Now for me Ti West has been hit and miss, I really enjoyed House of the Devil but really didn't like Inkeepers, So for the new film The Sacrament it appears to be a Jimmy Jones/Red State kind of affair where we get a cult community and guess what..it turns out bad! Only time will tell i guess, it has been screened and on IMDB it has a 6.6, Releases on i-tunes and VOD on May 1st, so watch this space for a review.
Jonny T.

Posted by Jonnyscultfilms at 04:24 No comments: 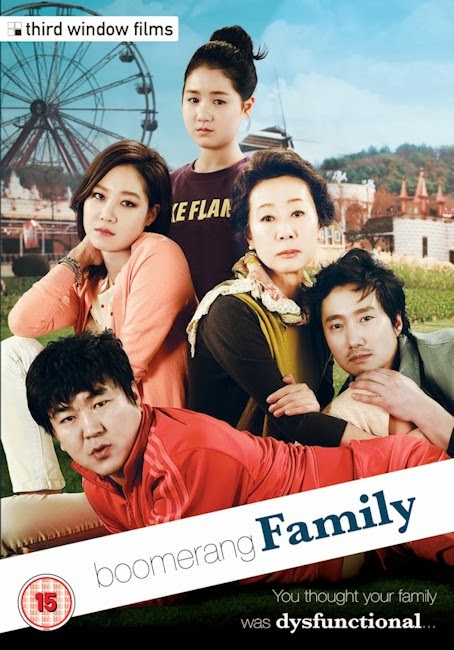 Is pleased to announce the DVD release of 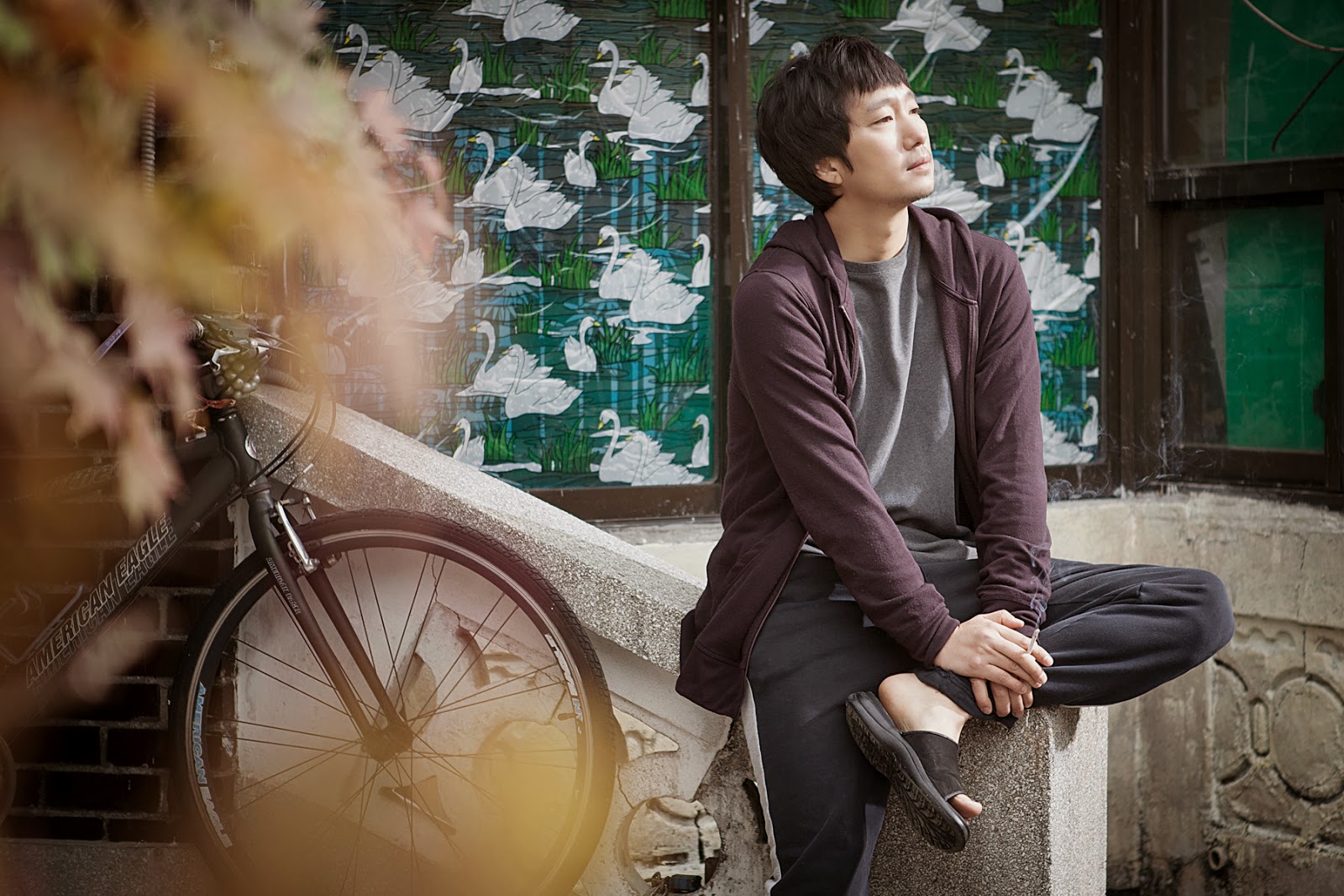 In-mo gave up on life at 40
Han-mo is a pitiful 44-year-old freeloader
Mi-yun, at 35, has one failed marriage after another
Min-kyung is a 15-year-old spoiled brat

Their mother is a parenting failure

A peaceful household is disturbed by the return of a mother’s (Youn Yuh-Jung – The Housemaid, Behind the Camera) three grown children one after the other. The first is eldest is unemployed freeloader Han-mo (Yoon Je-Moon – Mother, The Good The Bad The Weird), second is failed film director In-mo (Park Hae-Il – The Host, Memories of Murder), and last is double divorcée Mi-yun (Kong Hyo-Jin – Guns & Talks, Volcano High). Having come back home after leaving the nest years before, they try their best to accommodate each other but constantly bicker and fight nonetheless. Thrown into the mix is Mi-yun’s teenaged daughter from one of her failed marriages, Mi-kyung. How will they ever manage to co-exist under one roof and hold on to a shred of dignity? 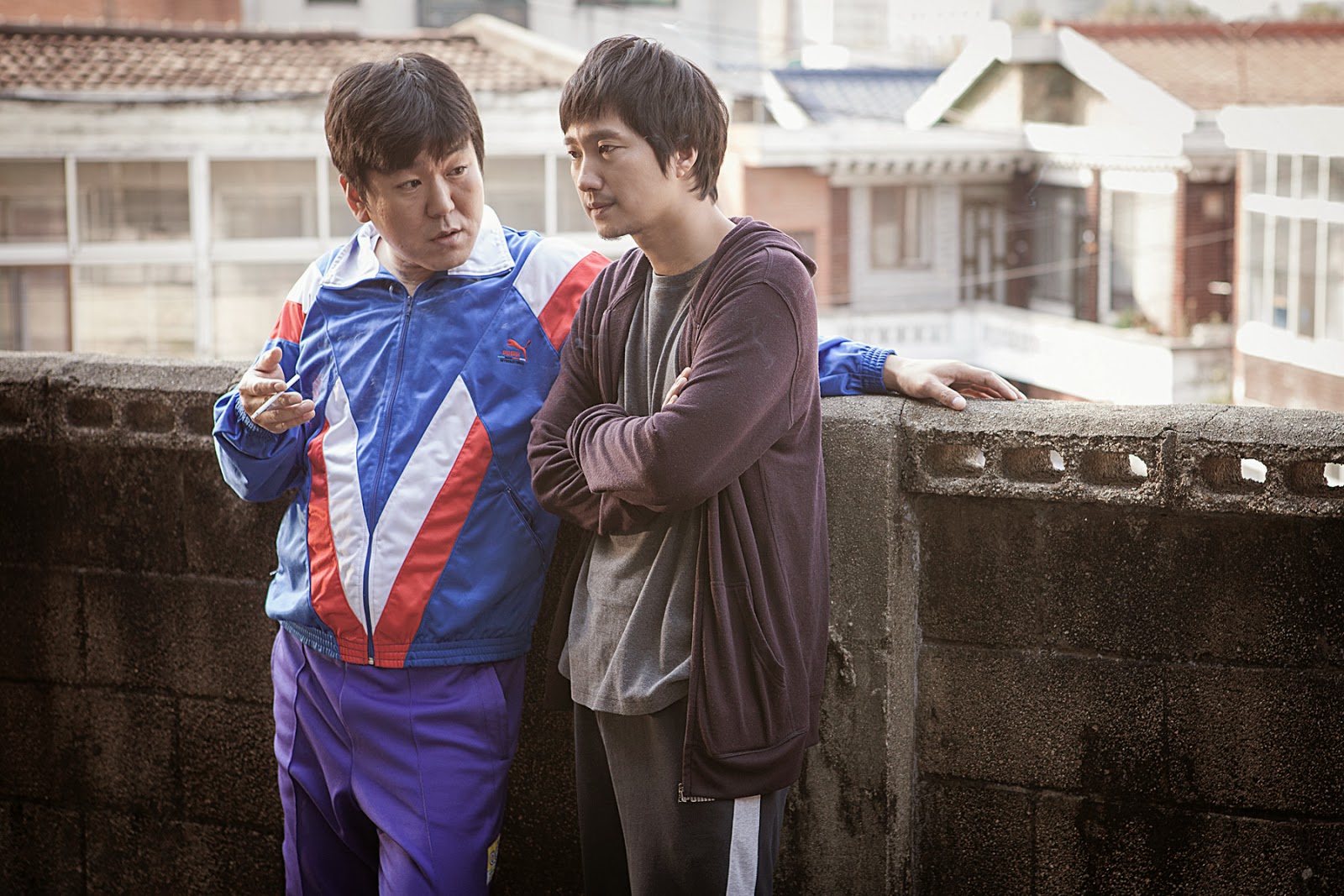 Posted by Jonnyscultfilms at 02:49 No comments: 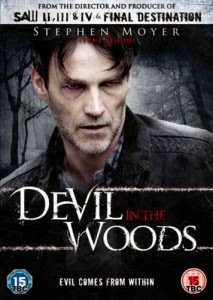 FROM THE DIRECTOR AND PRODUCER OF
SAW II, III, IV & FINAL DESTINATION

Also starring Shawn Ashmore (X-Men trilogy), DEVIL IN THE WOODS is a visceral and bloody mix of horror and the supernatural and is released on DVD by Kaleidoscope Home Entertainment on 3rd March 2014.

Synopsis
Richard (Moyer) is eager for his son, step-daughter and new wife to get along, so plans a family vacation to the reclusive Pine Barrens.

Desperate for real solitude, Richard leads them deeper into the woods where it quickly becomes clear that all is not peaceful as animals are found mutilated and horrifically killed. Struck down by illness, Richard and his family are stranded as the local legend of the ‘Jersey Devil’ that stalks the darkened woods, starts to haunt their thoughts.

What started out as a peaceful family trip ends up being a deadly nightmare.
Posted by Jonnyscultfilms at 02:33 No comments: 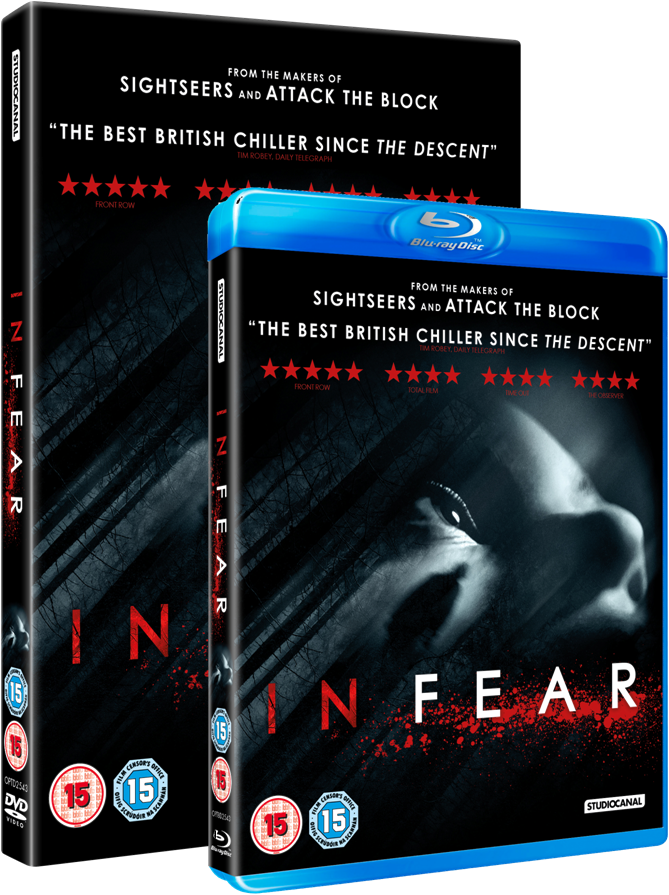 FROM THE MAKERS OF SIGHTSEERS AND ATTACK THE BLOCK

STUDIO CANAL IS PLEASED TO ANNOUNCE THE DVD AND BLU-RAY RELEASE OF
IN FEAR
THE FILM STARS IAIN DE CAESTECKER(FILTH) AND ALICE ENGLERT(BEAUTIFUL CREATURES) AS A YOUNG COUPLE FIGHTING TO MAKE IT THROUGH THE NIGHT WHEN THEY FIND THEMSELVES TRAPPED IN A MAZE OF COUNTRY ROADS.

WITH ONLY THEIR VEHICLE FOR PROTECTION TOM(DE CAESTECKER) AND LUCY (ENGLERT) BECOME TERRORISED BY AN UNSEEN TORMENTOR HELL-BENT ON EXPLOITING THEIR WORST FEARS, LOST AND TORMENTED IN THE NIGHT, PRIMAL FEARS OF THE DARK AND THE UNKNOWN GIVE WAY TO FEAR THAT YOU HAVE TO LET EVIL IN, OR ITS ALREADY THERE.

ALSO STARRING ALLEN LEACH(DOWNTON ABBEY) IN FEAR IS WRITTEN AND DIRECTED BY JEREMY LOVERING(SHERLOCK) AND PRODUCED BY NIRA PARK(SHAUN OF THE DEAD, WORLD'S END, SIGHTSEERS) AND JAMES BIDDLE(HOT FUZZ,WORLD'S END) 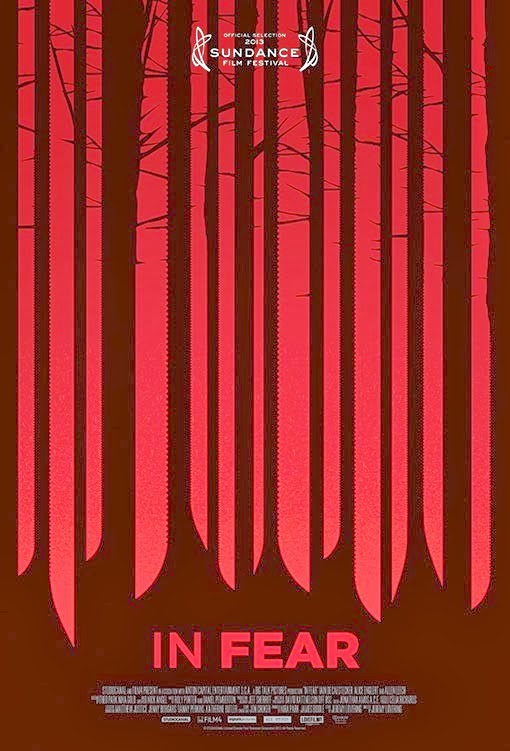