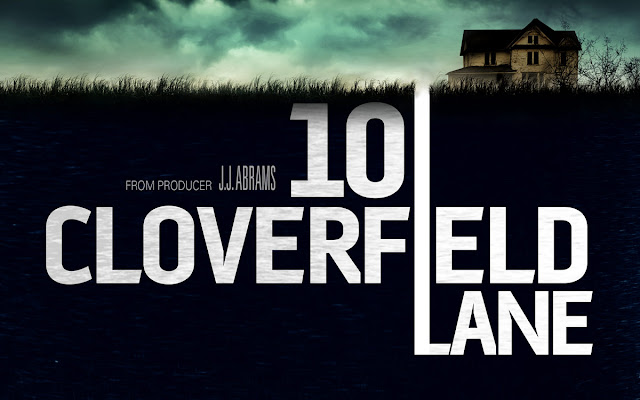 After getting in a car accident, a woman is held in a shelter with two men, who claim the outside world is affected by a widespread chemical attack. 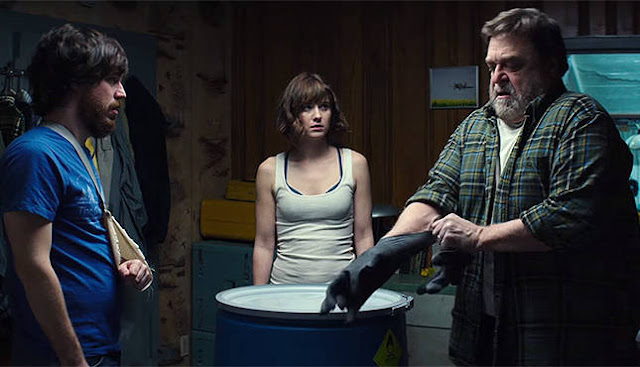 10 Cloverfield lane doesn't really have a lot to do with the first one apart from the fact of it's in a different location after the attacks of the original film have taken place, A bit like Fear The Walking Dead. Saying that I did really enjoy it. John Goodman plays a brilliant part as well as the two characters who he kindly lets share his post apocalypse bunker. The film is pretty much all dialogue but that's not a bad thing as it flows along nicely.
The tension levels are very high and even I was thinking when they said they could be down there for at least two years started to feel claustrophobic!
I Can' really reveal too much about what happens within the conversations but needless to say there are a fair phew questions that have to be asked about all the characters.
The ending I felt did get a little silly but overall a lot better than I thought it would be and well worth tracking down. One thing I will say though is that I was hoping to catch this in the cinema but missed out but really cannot see the point of it being on the cinema in IMAX 3D??
Well worth a watch though,
8/10
Jonny T.
Posted by Jonnyscultfilms at 03:20 1 comment: