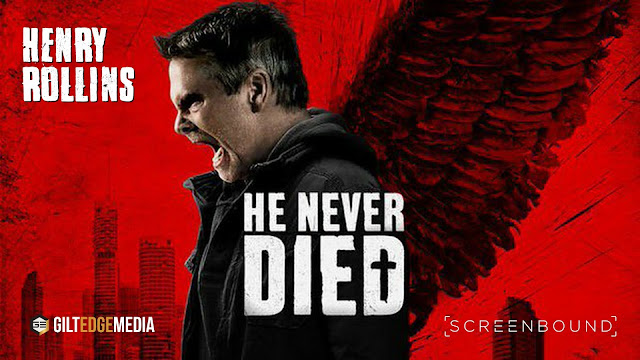 Hello folks,
Some great news today that Henry Rollins will return in He Never Died 2, reprising the role of an immortal cannibal named Jack. Jason Krawczyk is back in the director’s chair.

Having seen the first film at MAYHEM festival a couple of years back i loved it, There was talk of it maybe being made into a TV series but just announced is the sequel and i personally can't wait! Filming is set to start in May so i'll keep my eye out for more news and update you as i find out more, The synopsis has been released (below) and it sounds amazing! I woud say if you have yet to see the first film make sure you do!
Jonny T.

“After saving his estranged daughter from his criminal past in the original movie, Jack is now a vagabond attempting to keep his supernatural compulsion in check. Along the way, he confronts depraved sadists similar to his own long life of destruction and must defy his inner demons and strike a balance of revenge and responsibility.”

Posted by Jonnyscultfilms at 02:32 No comments: