What Makes a B-Movie? 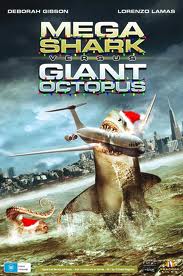 Hello All,
Well in my opinion you can't beat a great B-Movie, Now the definition of  a B-Movie can be very varied as you all know, i recently watch and reviewed Corman's world and as we all know Roger Corman is called the master of the B-Movie and still working today!
I recently signed up to Netfilx and to be honest as in The USA the UK version has become very poor so i cancelled! I then saw that LOVEFILM had dropped thier prices so i thought i'd give them a go and was blown away by the amount of titles the now have streaming and to be honest there is a ton of B-Movies over there, hence i have started watching a load on there, some you may have heard of some you may not but i'll be dropping some reviews here soon!
So basically i have drawn up this blog and put a link at the bottom so you can drop over and have a look,
Jonny T. 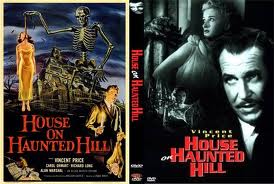 What Makes a B-Movie?
You may have heard the term B-movie bandied about by film fans, but the actual meaning of the term is not always genuinely understood. What everyone usually accepts about a B-movie is that it has to be made on a low budget, especially when compared to today’s major blockbusters. Genres range from science fiction, comedy, right through to possibly the most popular type of B-movie – the schlock horror. There are still plenty of B-movies out there even though the origins of the B-movie lie in a somewhat outdated film format.
The term “B-movie” comes from the days when cinemas and movie theatres would show double features. This meant one main film would be shown, followed by a second feature to make sure that customers felt like they were getting good value for their money. B-movies usually matched the genre of the main feature that they followed, but utilised lesser known actors and as a result were made on much less money. Although the double feature tradition gradually faded out as feature films increased in length, the B-movie itself has endured, now referring to many independent low budget films.
Many actors and even directors get started working in B-movies, as they develop their skills and begin to attract more mainstream attention. There are also those individuals who build their entire careers around the B-movie, choosing to make their name in this quirky offshoot of the main film industry. B-movies have occasionally managed to break out of the box and enter the mainstream, even becoming cult classics many years after their original release. Modern examples of the B-movie include many films produced by The Asylum, such as Megashark vs. Giant Octopus, 100 Million BC and Titanic II.
Low budget films such as these are less likely to be released in major cinemas, but can easily be purchased in DVD format or by streaming movies online You can watch b-movies online via streaming on rental sites such as LOVEFiLM, where members can access hundreds of titles for free as part of their monthly package.