"STATE AFFAIRS" - New film from the creators of BRAQUO 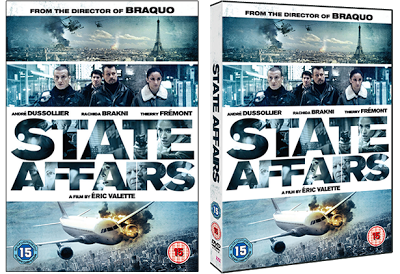 
Following the success of the incredible BRAQUO series and the unstoppable rise of the Gallic Noir genre, Arrow Films are pleased to announce the release of a brand new French thriller, STATE AFFAIRS. 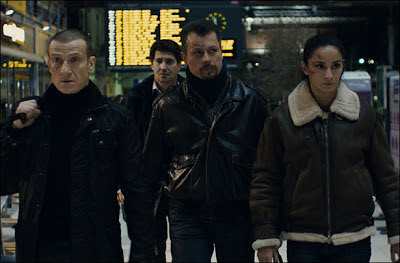 STATE AFFAIRS is a suspenseful, action-packed, political thrill-ride revolving around three main characters – a corrupt politician, his henchman, and a hard-boiled female cop.


A plane explodes above the Gulf of Guinea... A prostitute is murdered in a Parisian park.

Thousands of miles separate these two horrific events, and yet Nora Chahyd, a stubborn Parisian policewoman, believes there's a connection, much to her superior’s chagrin.

As Nora investigates, the murders and betrayals continue to stack up, until she finds herself in the midst of a complex government cover-up, a conspiracy which goes all the way up to the President’s office. 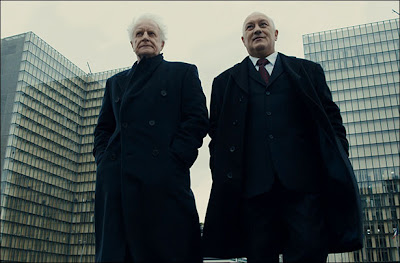 "A bloody game of cat and mouse"
-VARIETY
﻿

Adapted from award-winning French writer Dominique Manotti’s novel about a string of killings linking an arms-dealing middleman to the upper echelons of French political power, STATE AFFAIRS is a gripping and fast-paced thriller, featuring multiple plot twists and turns en route to an explosive finale where Nora must fight for her life in order to clear her name. Alongside the aforementioned Braquo, other titles in Arrow’s Gallic Noir locker include Maison Close, and a brand new title, Jo, starring Jean Reno, arriving in August.


Combine these with their array of quality imports from a wide range of other territories – The Killing and Borgen from Denmark, Wallander and Arne Dahl from Sweden, Prisoners Of War from Israel, Jack Irish from Australia – and it’s easy to see why Arrow are fast becoming the UK’s biggest and best distributor of foreign-language entertainment.